Few current technologies can boast the amount of public exposure, attention and excitement as virtual reality (VR). It not only forces us to change the way we think about and design the user experience but also to consider new ways for engaging on an emotional level. VR presents interesting opportunities for a host of business sectors. For example, it presents new possibilities for interacting with customers and for training applications, where it is increasingly being used in (in medical and aviation industries, for example).

How can it be used as a public facing tool in a world where we’re already saturated with information? One of the hooks of VR in a public environment is the mystery surrounding it; you don’t know where you will be transported to or what experiences you will have until you put a headset on. It is also a great way to attract an audience because it invites active engagement instead of passive observation. This combination of engagement, curiosity and a unique, memorable experience form a basis for great brand recognition. A good example of this is our drinks tasting experience created for a drinks company that was hosting a trade event. We created a VR experience which imagined a picturesque afternoon countryside setting. The user had the ability to look around and absorb the peaceful ambiance but also could focus on interactive points, which would provide information about the drinks company. This was tied into the real world with a drinks tasting challenge. The user was presented with three wine bottles in the VR environment, each with a description about that particular wine. The player would sample a real wine and have to guess which it was that they had tasted from the descriptions. This proved to be a great method for getting people to engage with the company. There was genuine interest in trying out this new and exciting experience (often more than once) which led users to learn more about the business.

More than this, VR can be used to reach people on an emotional level in ways conventional media cannot. For example, UNICEF has used VR to engage with people on the refugee crisis in Syria. They have created a VR experience which places the wearer in a Syrian refugee camp. This can be used by street fundraisers as a tool to engage with people in a more impactful and meaningful way. It not only demonstrates how VR can be used to put people in situations they may otherwise never get to experience and to reach people on an emotional level, but the freedom that mobile VR solutions provide (Gear VR, for example) allows people to experience VR anywhere.

The training sector has already been hugely influenced by VR and will no doubt continue to be over the coming years. VR in training provides a safe, fully immersive environment in which specialists can practice their skills without the need for a live environment or any real-world risks or consequences. This means a cost saving on equipment and space. For example, in a health and safety training app we recently designed the user was placed in a factory setting in which they had to identify health and safety hazards. This was based on a real-world training scenario that would require an entire mock factory set-up to train health and safety inspectors. A virtual reality adaptation provided a much more cost-effective solution, requiring only a VR headset to put the user in the same environment. In addition, the virtual environment was able to simulate a more diverse range of scenarios with the possibility for change or expansion in the future (with updating guidelines, for example) at minimal cost. It could also present scenarios which might be too difficult or dangerous in the real world. This could be in an industry, such as mining, where training with heavy machinery is difficult to conduct outside of the work environment and where full-scale simulators (which are expensive and cumbersome) have to be flown around the world for use. VR presents a comparatively inexpensive solution which would allow for easier and quicker access to training for machinery operators while maintaining the immersion that a full simulator provides. Because of the relative ease of transport and use of VR along with the easier maintainability and updateability, more operators could be trained at any one time (or retrained, to maintain or update their skills).

This can be extended to other, more everyday, training scenarios such as for teaching learner drivers to spot hazards more effectively before they take to the road. It is also possible that this technology could be used to enhance e-learning and distance learning. VR could be used to place remote learners in virtual class environments, allowing them to participate and experience learning (via lectures and seminars, for example) remotely. This might lead to classes made up entirely of VR learners and would bring the freedoms of VR to an educational environment, without the restrictions of a traditional classroom setting. Demonstrations, for example, could be designed as VR experiences that students are transported into to help them learn concepts or skills.

Similarly, this can be extended to the medical industry where lives depend on training, decisions and performance. VR can be used to recreate real-world scenarios ranging from surgery or symptoms identification to learning how to talk to patients and relatives. VR is already used, for example, to treat PTSDand to allow training surgeons to view operations from the perspective of a working surgeon and train for complex procedures.

What can we do?

We have experience creating a wide range of custom VR solutions for training and education as well as public-facing customer focused experiential projects. This has included creating bespoke, all-in-one solutions which require very little set-up (for tradeshows, for example) which are both mobile and flexible. At the other end of the spectrum we have experience creating detailed, high fidelity solutions with more complex set-ups for permanent and semi-permanent installations. 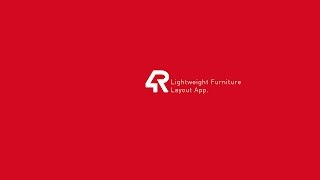 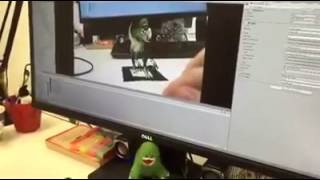